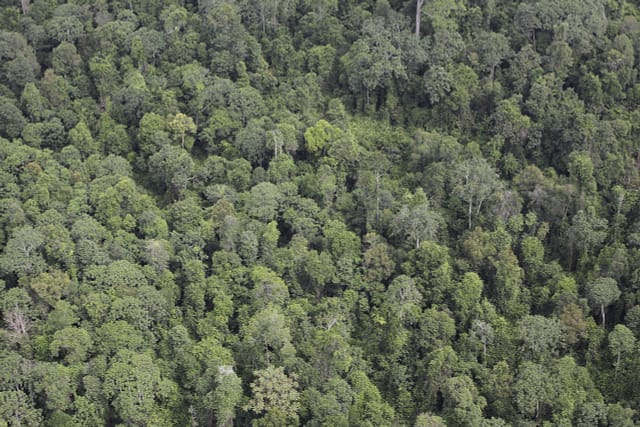 The National Disaster Management Agency (BNPB) stated that from January to August 2019, the total area of ​​forest and land burned throughout Indonesia reached 328,724 hectares (ha).
The worst forest and land fires (karhutla) in 2019 were experienced by Riau Province. This is indicated by the area of ​​land and forest that burned reaching 50,730 ha with the number of hotspots around 8,168 points. About 72% of these hotspots are located in peatland areas, which are mostly located in Riau Province.

However, there is one area in Riau Province where the percentage of hotspots is only six percent, namely Siak Regency. This figure can be said to be low because the largest peatland on the island of Sumatra is owned by Siak Regency. More than half of the Siak Regency area is peatlands covering an area of ​​479,485 ha. In fact, about 21% of the total peatland is deep peat with a depth of 3-12 meters

The low percentage of hotspots is the result of efforts to prevent forest and land fires carried out by Siak District. Efforts made not only by local governments, but also involve the community, civil society organizations and the private sector.

This collaboration is overshadowed by Regent Regulation No. 22/2018 regarding the Green Siak Initiative. The Siak Hijau Regulation is a policy launched by the Siak Regency government in its efforts to address the impact of environmental damage and implement the achievement of the Sustainable Development Goals. This Siak Hijau Regulation serves as a guideline for the Siak Regional Government, the community, as well as the private sector in carrying out sustainable natural resource management for the welfare of the Siak community.

The Green Siak Policy has been supported by NGOs / NGOs as well as private parties from the plantation, forestry and mining industries working in Siak District.

Support from the private sector was declared on August 6, 2019 at an event initiated by Eco Nusantara and the Elang association, in collaboration with the Siak district government to garner support for the implementation of the Green Siak policy. The declaration of support was followed up by the formation of a Private Sector Coalition for Siak Hijau on September 13, 2019, with Eco Nusantara being selected as the executor of the KPSSH Secretariat.

Based on the awareness that Siak Regency is one of the areas prone to forest and land fires in Indonesia, on February 22, 2020, an agreement was reached by all KPSSH members to support the target of Siak Free KARHUTLA which had been announced by the Siak Regency government in early 2020.

Gotong royong from the Siak Regency government, NGOs who are members of Sedagho Siak, the general public and also private parties who join KPSSH are expected to be the answer to the problem of forest and land fires in Siak Regency in particular and encourage the implementation of the achievement of the Sustainable Development Goals. Goals in general, for the welfare of the Siak people.

The National Disaster Management Agency (BNPB) stated that from January to August 2019, the total area of ​​forest and land burned throughout Indonesia reached 328,724